by Miguel A. García / Durán Vázquez 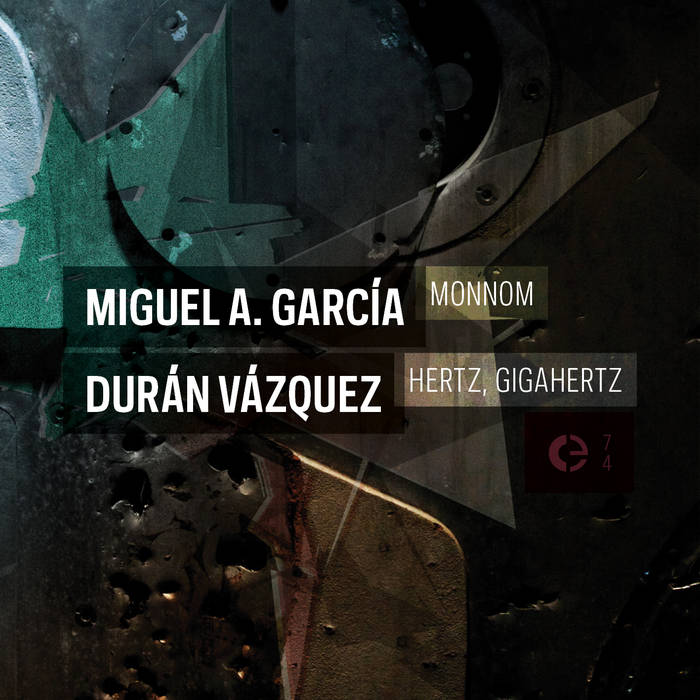 2013 marks the 100th anniversary of Luigi Russolo's letter known as L'arte dei Rumori, a Futurist manifesto usually quoted as being the landmark that pointed out incorporation of the so-called noise in the western musical tradition. And ten decades may seem to be a lot of time but the truth is that Russolo's legacy (not to mention that of others who came later) is very far from the political consciousness and the cultural imaginary of the most people.

A characteristic mark of the present time is the huge, ever growing, gap between what most people know about the world and what professionals in every single field of study know. This is also true among professionals from different fields (each hand doesn't know what the other is doing). The split of the atom is still now vanguard science in popular consciousness. Genetic manipulation, nanotechnology, geoengineering or weather modification are only blur and cryptic notions at best, or simply unknown matters. Not to mention their military applications. And all this despite the naïve Futurist ode to progress and speed.

However, the Futurist ode to war had better prospects. The possibility of a global massacre is coming into view but, by means of the networks of mass media disinformation, artificially created ignorance takes this possibility out of public understanding. So it is common thinking that any kind of worldwide conflict is not possible any more. Particularly in western countries there is (or there was until now) a widespread feeling of “no U turn”, a feeling of stepping forward in history with no way back. However, many signs in the last three decades indicate the contrary, the last few years in particular revealed quite significant strategies which involve companies, institutions, governments and agents all over the world which are implementing very clear politics of military, social and economical extermination. Humanitarian crisis, climate crisis, economic crisis… only smoke screens based on public relations principles in order to cover the sole and actual crisis: debt by war. Still, extermination is the means, not the goal.

This mentioned above is not a culture of secrecy, because crime is being committed before our eyes, but the way it's called or how we (are taught to) refer to it, maintains the consciousness of that crime safe from discussion and controversy. To say humanitarian operations instead of military conquest; community of nations instead of empire and its allies; poverty instead of colonialism; news instead of propaganda… And this play on language is part of the “artificially created ignorance” politics. The oppressor-living-inside-the-oppressed notion by Paulo Freire becomes fundamental in understanding that ignorance as a social and global phenomenon.

The taught spiritual poverty can be tracked in the particular field of creation with sounds, where it's common to state a clear difference between music and noise, either on purpose to run down noise, either to take noise as identity sign of pretended role critic on prevailing social order. However, such a difference between music and noise is doubtful, if not completely wrong. Moreover, many people in Western countries who tend to describe themselves as politically progressive don't agree with experimental sound aesthetics. But nothing is more suspicious than the statement claiming the track shouldn't sound like that. And this is because, despite what musical press allows to understand, sound creation aesthetics are not a specific aesthetic, nor a concrete trend, nor a fashion, nor a defined form or a defined consumer good. Creation with sound is sundry and unsettled. We are not saying music, but also music… and many other things. And we are saying experimental as a manner of saying non-music in a traditional sense according to a preconceived formula. So there's not a “it should sound like…”. If it sounds, then it is. And if it is, then it doesn't need moral, legal, religious, political, scientific or historical justification. Then, what people who disapprove of certain musics (those that do not fit inside the traditional boundaries of music) are doing, is to legitimize the given tradition as an untouchable and non plus ultra fact, as a sacred reality conceived in a religious and oppressive sense. And this is a manifestation of the oppression inside the oppressed.