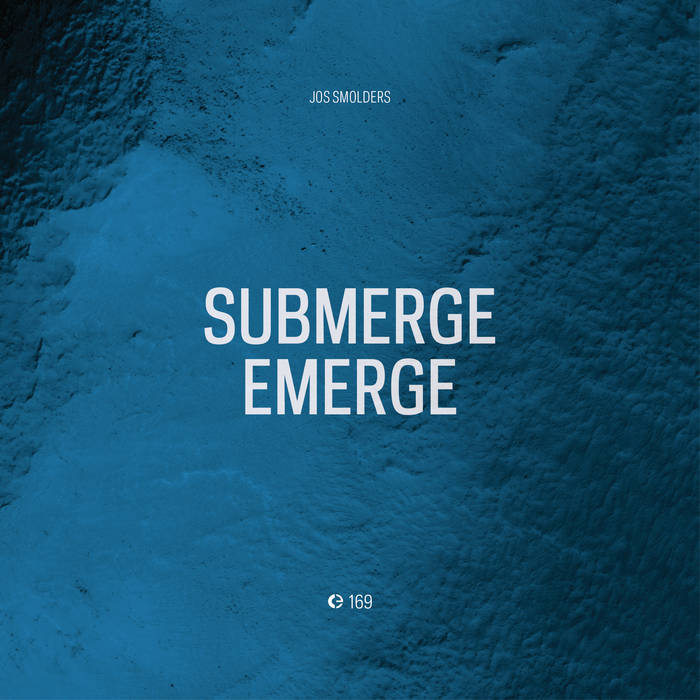 Stéphane Mallarmé’s poem “Un Coup De Des Jamais N’Abolira Le Hasard” (1897) immediately fascinated me when I first encountered it during my teenage years. At the time, you could always get my attention by showing me something(anything) out of the ordinary. Modern art, unpopular music, crazy movies; all was absorbed by eyes and ears. When I first learned about Mallarmé’s poem, my fascination wasn’t focused on the words, though. My knowledge of the French language was very limited, and I didn’t really grasp (or even try to) what was written. Instead, my interest was peaked by the unusual way it was printed. I don’t think I spent more than 30 minutes revelling over it. But it was stored somewhere inside my brain.

Fast forward forty years. While researching a project on concrete poetry, I came across this poem again. This time I decide to try and understand what the words are all about. What I already knew was that the text deals with the idea that every thought leads to another one and, to Mallarmé, this can be any thought. We all know how our mind can wander like it’s a vessel drifting through space and time. Except that in the 19th century, those notions weren’t part of the thought processes of people’s minds.

Reading the poem, one gets easily lost. These are no firm and consistent sentences. It’s not a sequence of sentences telling a story, and there is no clearly definable plot. We read parts of sentences; shards, associations, broken down sentences. Some words are printed bigger than others and, spread across multiple pages, the title of the poem is displayed. And remember, we were in the 19th century when society was organised by much more strict rules of engagement in literature, when sonnets were written using strict rules of metre and rhyme. So, what is going on here? Who is this guy Mallarmé? A bored school teacher turned poet, journalist and critic and translator of the works of Edgar Allan Poe. How did he end up writing a poem like this?

All of these questions started piling up in my head. I began searching the web and quickly found an interesting essay (1) and a series of facsimile prints of the final proofs (2). My search for more background on Mallarmé led to a short biography (3). And so, after more than 40 years I got a grasp of what is inside and behind that surface. To tell you the truth, it still is, for the most part, a mystery. Perhaps that has to do with the 21st-century mind that is looking at the expression of a late 19th-century mind. My brain always tries to analyse the things that I encounter and Mallarmé in his poetry more and more veered towards associative and hermetic wordplay.

At the time – early 2017 – I was actually finishing an album that focused on all of my water and sea-related field recordings. While reading the text and its background more closely suddenly, the contours of a potential musical project centred around this poem started to emerge.

So, I thought, perhaps I should not try and get to the bottom of what is actually written down? Maybe I should just let myself be taken into the maelstrom of thoughts that are presented?
After all, I wasn’t doing academic research. I was just fascinated by the poem, first by its visual presentation and then by the stream of images of vessels on an endless ocean, of tiny ships tossed around in giant storms, of shipwrecks at the bottom of the sea, of ships’ captains helplessly overwhelmed by thoughts and realisations.

Work started some time early 2016 when early on i decided that the poem was to be recited. It was going to be a work of significant proportions, representing the endlessness of the journey. And every plate of the poem gets its own track. I asked my dear friend Valerie Vivancos to recite the poem, to which she agreed, and I sent her the text with sparse instructions. This wasn’t an easy task because of the fragmented nature of the text, and her performance was excellent.

The other material consists of electronic sounds from my modular system and field recordings of harbours, beaches, ships’ motors, storms, waves breaking on the rocks, the quiet lapping of waves on a small French beach. I was already working with sea sounds right before Mallarmé came to my attention, so the poem harmonically interfered with that project.
When I look back at the notes I took while constructing the music of this album, I see my struggle to translate the poem into music. The central theme of the poem, at least what I got out of it, is that of a creator/artist (the captain) sailing the endless ocean on his ship. The ocean represents the creative state of mind. Sometimes there are prevailing winds. On other occasions huge gales toss the ship around with towering waves moving everyone off course, if not sinking the lot. And then there are the doldrums, the parts where, yes, the sea is calm, but there is no wind, and you’re not getting anywhere. Looking back at my own experience as an artist, I have seen all these weather conditions as well. Sometimes working on my music is smooth sailing, sometimes you’re getting nowhere.

The struggle I mention above mostly deals with how strict or how liberal I should take the structure of the poem. Like I read somewhere that each plate consisting of two pages was divided into four sections where the words were spread out according to the number of syllables used. I have been thinking about how to use that structural principle in the music as well, but I concluded that it was an operation as much impossible as it was futile. Some things just cannot be translated from one art form into another without compromise or corruption.

Anyway, this album took more than five years to record, compile, rethink, leave it alone, get back, reform, cut, add, alter, and finish this beast that at times itself became an ocean of sound and form. It is time to cut the ropes to this vessel and sail on. I hope it inspires, because “toute pensée émet un coup de dés”!

Jos Smolders started working with Philips reel to reel recorder when he was 15 years old. During the early 1980s, when he was studying at the university he got exposed to Schaeffer/Henry’s Symphonie and began researching and made his first collages and recordings. From there things evolved. He has recorded countless albums and collaborations while also working as a mastering engineer in the field of electronic music.

1) www.poetryintranslation.com/PITBR/French/MallarmeUnCoupdeDes.php This translation contains a few small mistakes. A better translation (I think) is to be found at the excellent UBU web
www.ubu.com/historical/mallarme/un_coup.pdf
2) www.ergopers.be/artistsbooks/mallarme/mallarmeuncoupdedes0.htm
3) Roger Pearson, Stéphane Mallarmé, Reaktion Books, 2010.

Also thanks to Miguel Carvalhais and crew at Crónica Electrónica, to Massimo Ricci and Jim O’Rourke for critical listening, to Hans Kulk and Ilse van Dongen for encouragement and meaningful feedback, to Yannick Dauby for kindly providing additional recordings by request, and Rhumphries, Soundslikewillem, Otterbahn, Thalamus-lab f via download through freesounds.org. Cover images by NASA/JPL/University of Arizona and Karolina Grabowska.