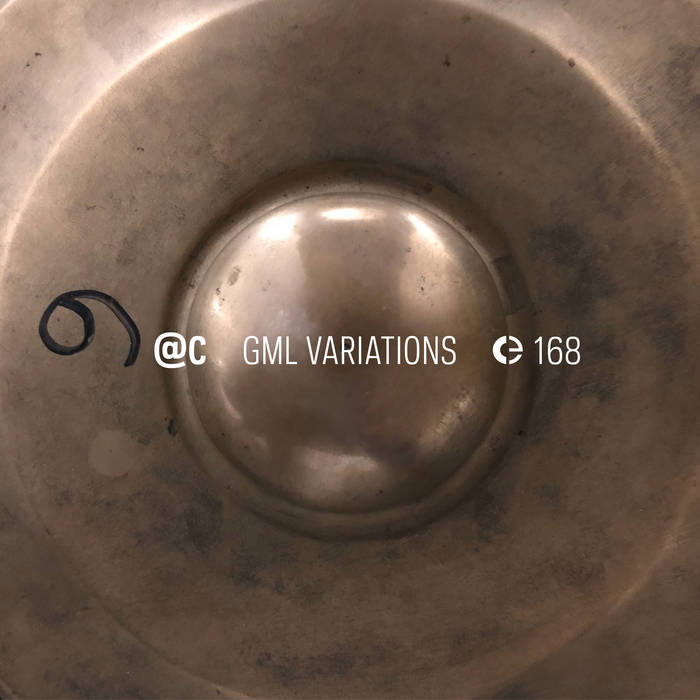 John Beverley The recording puts you in the space.

This album started with a commission to compose a piece for the Robotic Gamelan of Casa da Música, in Porto, to be presented with other works in a public showing spanning several days. “GML 123” was a generative system that controlled the actuators in the Robotic Gamelan while projecting several other sounds into the very resonant space of Casa da Música’s foyer. The piece was presented in January 2018 and shortly afterwards recorded in the same location. After receiving the recording, we found ourselves being drawn to it over and over and, as often happens to us, we started experimenting: revisiting the original composition, manipulating its recordings and creating new material, eventually developing the four variations and coda that complete this album.

During this process, we were unearthing echoes and memories of the first composition, transforming the original sounds to the limits of recognition, and finding structures that were already latent in, but were not expressed by, the initial piece. These pieces are therefore not six independent compositions but rather six different perspectives over a single work, six ways of listening to it.

In the course of this work, we developed a seventh piece, “Jeden, Dwa, Osiem (dla Małgorzaty)”, published in the compilation “Intermediale: Simulacra Soundscape 3”. We also performed versions of the variations in a stream for Audiotalaia during the first lockdown of 2020, in a performance with André Rangel at Rivoli, Porto (in which we worked on for almost a year, and that we first had to postpone and ultimately cancel because of the pandemic), and in a concert at Passos Manuel, Porto (released as the “GML Vars. Live” single). “GML Variations” closes this cycle of work, at least until we find ourselves drawn to this material again.

Pedro Tudela and Miguel Carvalhais collaborate as @c since 2000, composing, performing, and creating sound installations. They have released and performed extensively, often collaborating with other artists and collectives in a practice marked by radical experimentalism with computational sound. In 2003 they established Crónica, a label dedicated to experimental music and sound art, that they have run since.

All pieces composed by Miguel Carvalhais and Pedro Tudela. GML 123 was commissioned in 2018 by José Alberto Gomes and Digitópia for the Robotic Gamelan of Casa da Música in Porto (developed by Rui Penha, José Luís Azevedo, and Miguel Ferraz). GML 123 was recorded by Tiago Ângelo in 2018 at Casa da Música. GML vars. 1–4 and GML coda were composed in 2019 and 2020.