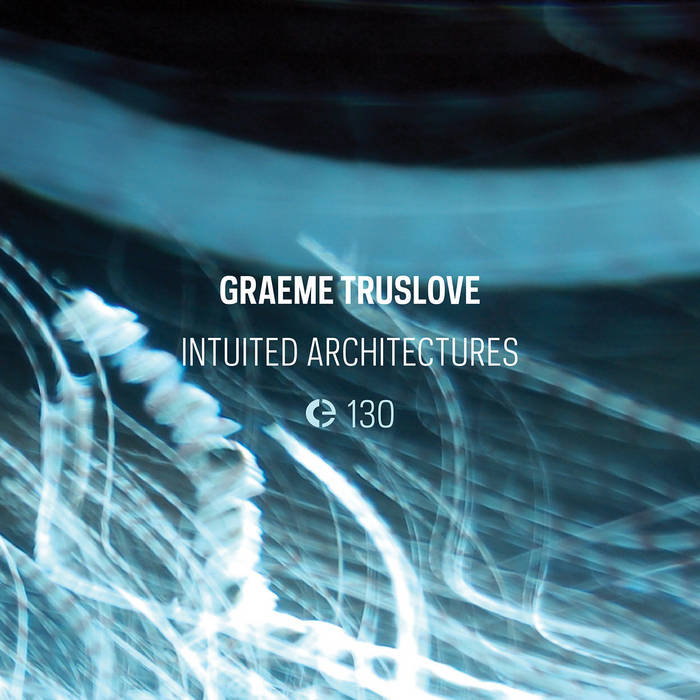 Tim Franklin I heard 'Portals' on BBC Radio 3's Late Junction show, and immediately sought this out. Although Graeme has been around for a while, to me he's an exciting new voice. Loving this. :-)

Graeme Truslove’s musical output so far has been divided between the opposing spheres of fixed-medium electroacoustic composition and improvised performance. All of the works presented in Intuited Architectures focus on integrating these conflicting extremes in various ways. Throughout their development, the creative processes employed shifted from the sculptural to the performative – from the creation of sonic mosaics, constructed from the careful placement of individual sonic impulses, to the recording and manipulation of performances on self-devised digital instruments. This shift arose initially through attempts to analyse and automate laborious micro-level techniques, however as the possibility to interact with these techniques in real-time emerged, so too did a number of unforeseen expressive possibilities. Montages became performances, which in turn became montages again. Central to all of the compositions is a preoccupation with musical time scales, ranging from the fabrication of synthetic timbres, via these performative-algorithmic approaches, through to their integration within larger-scale temporal strategies.

Graeme Truslove is a composer and performer based in Glasgow, Scotland. His output includes sonic and audio-visual compositions, and improvised music – playing guitar and/or laptop in various solo and collaborative projects. He holds both an M.Eng in Electronics with Music, and a Ph.D. in Music Composition from the University of Glasgow. He currently lectures in Composition and Music Technology at the University of the West of Scotland.

Portals won 1st prize in the Métamorphoses 2010, 6th Biennial Acousmatic Composition Competition, and was released previously by Musiques & Recherches (MR2010).
Suite II was created with support from the Dewar Arts Awards, Scotland. Elements was funded by a bursary from the Performing Rights Society Foundation, UK.

All pieces created 2004 to 2010 by Graeme Truslove. Double Bass on Strata performed by George Lyle. Photo by Alison Clifford.
Produced with support from The University of the West of Scotland.