Everything Emanating from the Sun 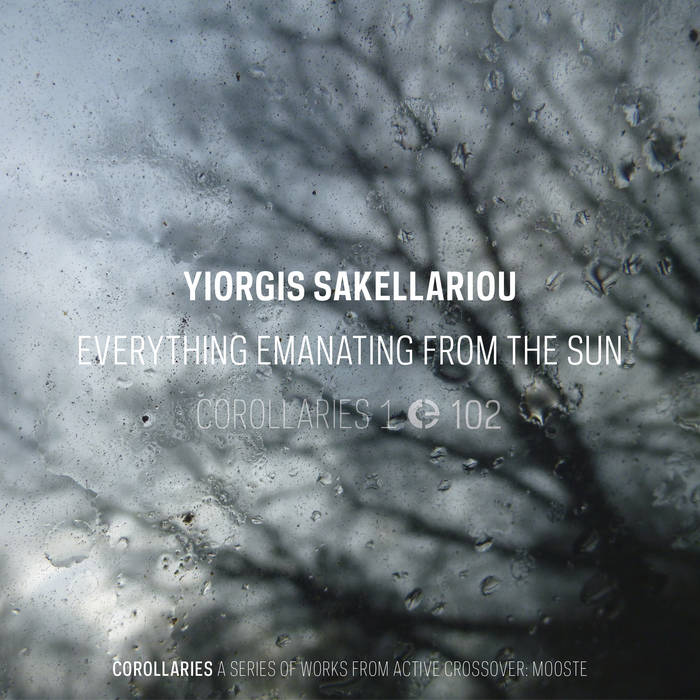 Crónica is very happy to present the first in a series of releases that will span 2016, Corollaries, compiling works produced during the Active Crossover: Mooste, a cross-cultural collaborative residency curated by Simon Whetham and hosted by MoKS, in April and May 2015.

Active Crossover was initiated in Tallinn, Estonia in 2009 by British sound artist Simon Whetham as a platform to investigate further ways of capturing, creating, composing and performing with sound. This involves running workshops and presentation sessions to present artistic working methods in collaboration with a select set of invited artists. Since its inception Active Crossover has been organized and held at numerous locations worldwide including England, Norway, Chile, Colombia, Germany, Argentina and Australia. In 2012, Crónica released Crossovers, a compilation documenting some outcomes of Active Crossover.

In 1942 Igor Stravinsky talked about the pleasure of listening to the sounds of nature, however he emphasized that we would fool ourselves to call this music. Natural sounds, as he argued, suggest music, are promises of music, but cannot become music until they are put into order and organized as a “conscious human act”.

Bringing Stravinsky’s claims into the current dialogue on field recording practice, what conscious human act would justify the use of the word “music”? Could it be to decide on the location, time and duration of the recording? Not to mention technical issues, such as selecting the type of microphones and positioning them accordingly. There are also decisions to be made later in the studio: which parts of the recording to edit out (and if), the duration of the edited recording and, later on, the format and platform of publication. In other words, I am wondering how important is the context alongside with the content, in the attempt to identify an environmental recording as music.

These thoughts kept troubling me while I was in Estonia in April 2015 and when I composed the studio version of Everything emanating from the sun back in London a few months later. During the Active Crossover residency at Mooste I made recordings with distinctive melodic elements, a sense of space and tempo, richness in frequencies, even micro-detailed structures; what reason could make me want to time-stretch, pitch shift or filter them? I soon realized that there is not a definite answer. Eventually the amount of manipulation and ordering of the recordings followed purely musical and compositional needs. It is about effectively placing sonic events in time and not submitting to any kind of pre-fixed rules about recorded sound. After all, I did not perceive this piece as a representation of my journey in Estonia and certainly I was not merely documenting the country’s sonic atmosphere. Everything emanating from the sun is a composition, shaped and structured, it is a new experience that will be re-triggered each time someone listens to it, not a static object staying focused on a specific time and space.

Returning to Stravinsky’s thoughts, perhaps the conscious human act that he requires can simply be the act of listening. This activity, potentially profound and meaningful, establishes a form of communication between the listener and the environment but remains a personal experience. Music, besides making a connection to the cosmos, additionally sets a relationship between human beings, it is a social construction. As a shared activity, music brings together composer and listeners in a transitory time and space.

Sharing is in the core of Active Crossover’s concept. Ideas, sounds, materials and experiences were exchanged throughout the duration of the residency and the musical outcomes are being publicized in this series by Crónica Electrónica. Many thanks to Simon Whetham, John Grzinich and Evelyn Müürsepp for inviting, hosting and making me a part of Active Crossover and also to Tuulikki Bartosik, Jin Young Park and Richard Eigner who made my stay at MoKS a stimulating experience.