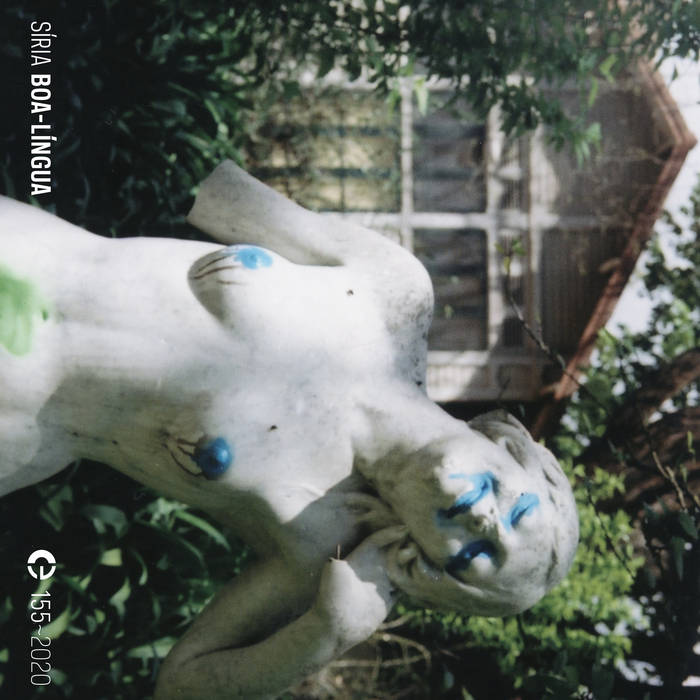 Orlando Laman Boa-Língua is an excellent album of experimental song-based music in which Síria fuses elements of Noise, Ritual Ambient and Turntable Music to create what I interpreted as a journey of a wandering soul through various mysterious (Industrial) landscapes as well as experiencing distorted memories. A great flowing immersive listen. Favorite track: Danse Macabre.

Boa-Língua is the second album by Síria. It departs from her former work, Cuspo, using it as a foundation for structure and duration, while following very different pulses. Boa-Língua was made from recordings of practice sessions that were not originally intended to be used or worked as songs. Boa-Língua means “good tongue”, used in opposition to “má-língua”, literally “bad tongue”, a Portuguese expression for “tittle-tattle”.

“Canção do Gato” is a version of a song recorded by Tiago Pereira from A Música Portuguesa a Gostar Dela Própria. “Nos Montes” was remixed by @c (Pedro Tudela and Miguel Carvalhais). “Senhora dos Remédios” is a version of a song as sang by Catarina Chitas and features a sample by Maile Colbert. “Belgian Shepherd” is a remix of the track by Rui P. Andrade from his album All Lovers Go To Heaven, it combines original sounds with recordings and voice, and it was previously released in Island Fever by Colectivo Casa Amarela. “Ay Işığında” is a version of the song as sang by Nərminə Məmmədova . “For Ghédalia” and “Boa-Língua” feature recordings by Los Niños Muertos (André Tasso and Bruno Humberto).

Síria is Diana Combo, who in this project joins her voice to the usual practice of combining vinyl records, field recordings, and other sound sources, in a gesture of appropriationism that she has been presenting as EOSIN.

Like my previous album, Boa-Língua was born and developed as a result of a subconscious will and energy, rather than a clear idea that was intended to be seen and heard.

During a season in the studio, the voice was given way to freely exist in a context of exercises of improvisation. These sessions were recorded and later heard as a tool to analyse vocal practice. Spontaneously and intuitively, these recordings began to be edited, combined and mixed, until a sequence of 9 proto-songs emerged.

Each theme waited for the sounds that intertwined with the voice. As it had happened in Cuspo. This time, however, the voice was mostly used in its original version of vocal exercises, because the work was anchored in this spontaneity and unintentionality. And it developed by itself, with me being an attentive vehicle, an open channel for the work to flourish. The sounds beyond the voice come from various sources: percussions were recorded by me in the studio, other sounds were collected from archives.

The space for introspection and self-examination that the studio provided came at a time when I felt it was necessary to find an answer to the perceived tendency for obloquy, reproach, gossip, voluntary misunderstanding, etc. I asked myself: What happens when we find ourselves in the midst of people who behave in this way, sneaky or directly? Do we become, sooner or later, the same? Do we silent ourselves as a response? Or do we resist this tendency through the opposite attitude? That's where the album’s title came from.

The repertoire of Boa-Língua consists of versions of traditional songs and chants, a version of one Azerbaijani song, two originals (one in Turkish, one in Portuguese) and two original songs in which the voice does not take the form of words.