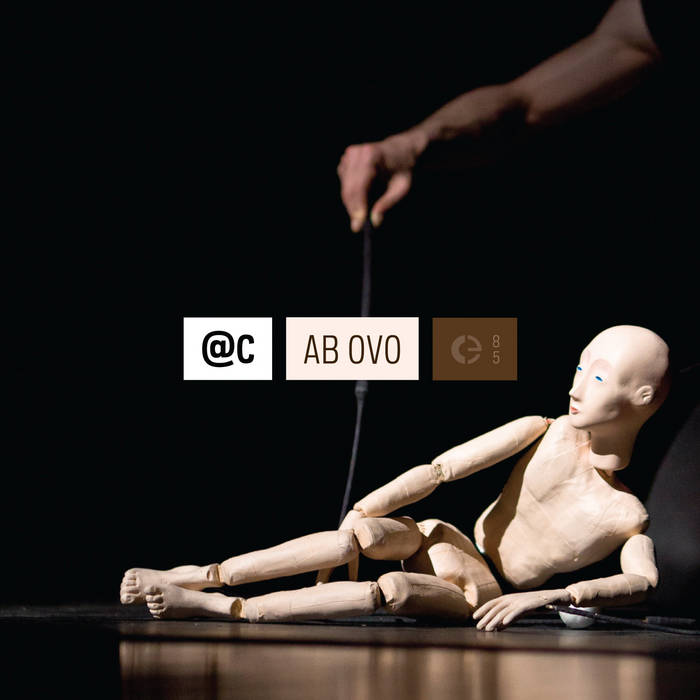 @c’s “Ab OVO” stems from their work for the soundtrack of OVO, a play by the puppet theater of Porto, developed in late 2011 and early 2012. Starting from an original idea by Eric de Sarria, OVO was created cooperatively during a series of rehearsals that involved all the participants in the play — actors, puppeteers, musicians and other creators — and premiered on February 10, 2012 at the São Bento da Vitória Monastery. The musical outcome of this process were 19 recorded compositions that constituted a majority of the play’s sound.

“Ab OVO” results from the realization that a music so tailored to a particular context could not be easily detached from it. When considering how to publish this work and what it would become without the stage, actors, puppets and dramaturgy, Pedro Tudela and Miguel Carvalhais felt the need to rework all the pieces, opting for revisiting parts of the original soundtrack and for composing a series of six new pieces that are now presented in this CD.

The end result, although remaining close to the play’s soundtrack, is an album that chiefly preserves traces of memories from the play and expands its creation process, thus rereading, reinterpreting and rediscovering OVO.

Composed by Carvalhais & Tudela, May 2012 to July 2013 from the original soundtrack to OVO.

The original soundtrack to OVO, a play by the Teatro de Marionetas do Porto, was composed by Tudela & Carvalhais from November 2011 to January 2012.