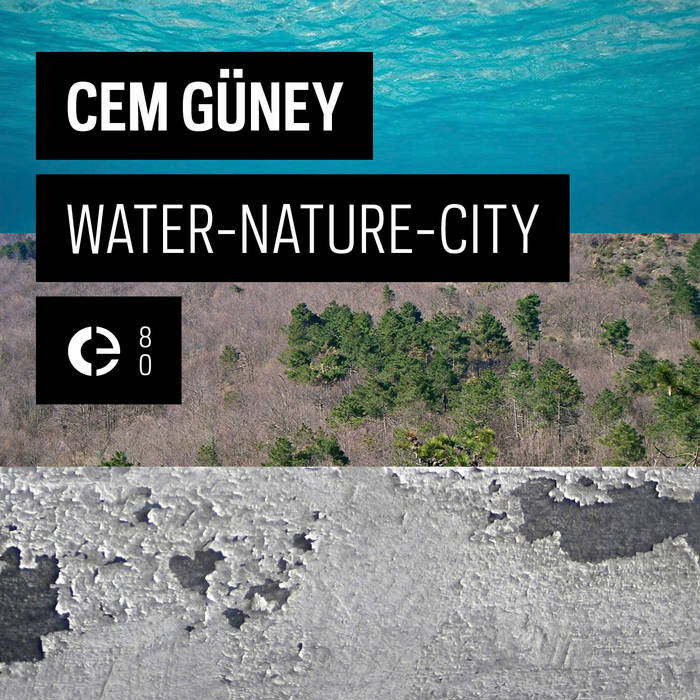 Recorded sounds of water are used in their raw and manipulated forms. The source materials are from the following locations:
* Çemberlitaş Hamamı: A historical Turkish bath constructed by the great Ottoman architect, Mimar Sinan. The hamam recordings are courtesy of Marc Behrens.
* Waves slowly hitting the reefs as the moon is beautifully shining on the coast of Akyaka, a tranquil town situated at the far end of the Gulf of Gökova, Turkey.
* Multiple streams generating various timbres were recorded at the Sarıkaya Canyon, Kuşadası National Park.

“When it comes to determining certain criterias for the evaluation of the AI’s output there occurs a thin line between considering the interwining and clashing ideas and effects of empiricism and rationalism”.

Furthermore, speech is transformed in various ways to metaphorically depict the flow of data transfer inherent in the process of mind uploading.

The first group of sounds is from parts of a 21 km bicycle road that begins from Bostanlı (the district where I live in İzmir) to the Park of Natural Life in Sasalı-Çiğli, the biggest zoo in Turkey. The bicycle road follows a coastline that is a protected area for various species of birds. The second group of sounds was recorded at Dalyan, a lovely town in the Muğla Province, located between the well known districts of Marmaris and Fethiye on the south-west coast of Turkey. Life in Dalyan revolves around the Dalyan Çayı River which flows past the town. The boats that ply up and down the river are the preffered means of transportation to all local sites.

City I, January 2013. Composed via computer, radio and no-input mixing board. Text: Extract from the Atrocity Exhibition by J.G. Ballard. Speech: Cem Güney.

In CITY I, the city is portrayed around the notion of certain interferences. A city has its own particular dynamics, however interferences are abstract realities that can be interpreted differently according to an individual’s experience of those dynamics.

CITY II projects the transition from the macro to the micro-elements of the city. These elements are utilized overtly and covertly, as much as their characteristics enable to transform themselves. This transformation reflects the personalization of the city.