Unwritten Rules of a Ceaseless Journey 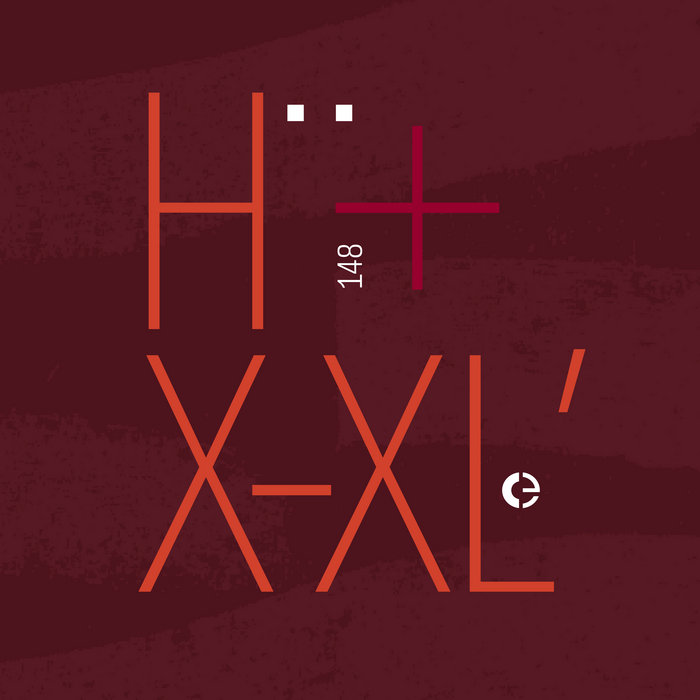 Haarvöl develops cinematic soundscapes, with analogue or digital sound sources weaved in complex and detailed compositions. They have been active since 2012 and have thus far released albums at PAD and Moving Furniture Records, presenting now their first release in Crónica, "Unwritten Rules for a Ceaseless Journey".

This album documents three pieces composed for dance, commissioned by Ballet Teatro for the play "Revoluções" (Revolutions) by choreographer Né Barros. The work is divided in three parts, embodying formal idealisations of the three decisive layers of time — past, present, and future.

Theodor Adorno and Ernst Bloch discussed the problem of utopia as a possibility in a heated debate they produced in 1964 and later published in the book The Utopian Function of Art and Literature. It is in this context that Bloch launches the notion of “something's missing”, to seek to configure the utopian possibility. It is also from this notion of Bloch that the possibility of thinking and forming forms the whole utopian revolutionary essence that presides over emancipatory developments. This "before" is decisive for the understanding of the idea of revolution. It is here that the necessary possibilities are produced and, above all, the utopian aspirations of fracture and change. The Blochian “something’s missing” leads to the emancipatory idea from that place without place that is utopia. Or, putting it another way, it powers the immensity of thought without limitations. The revolutionary effervescence of the before is, perhaps, the most essential condition in the approach to the idea of revolution. Exactly because it does not come across any limit, because it is located in this place without place. But it is from this realisation that we can deal with the power of free thought, with the immense intentionality of this missing something which, being above all a naturally porous and cloudy thing, offers itself to the immense beauty of total openness. It will be there, in the dematerialised embodiment of free thought, that the whole process develops and is also in the possibility of art as a place of freedom (another place with no place that exists only between the artist and his work in a utopian dimension) it has its approximate representation.

Pulse tone waves are frequencies embodied in a pulsar that is at the same time decisive for all humans and, metaphorically, for the revolution. Feeling the pulse of events, of agitation, of breaking, is essential for the revolutionary moment. It is this kind of continuous auscultation that determines success or, rather, the inversion of the whole emancipatory movement in the process of pragmatic transfiguration which, by obvious ineffectiveness, becomes implosive. The pulsations of events thus assert themselves as a decisive engine, and yet, in the face of the weakening of the utopian drive in its inevitable collision with reality, everything changes. The passage from one moment to the other brings with it the presence of the now and the consequent structural modifications that the utopian impossibility needs to maintain itself as an emancipatory impulse. It will then be in the programmatic transfiguration of the revolutionary event that its pulsation is played, more or less strong, but never absent. The decisive clash also affirms the reality, stripped of all the romantic drive that forms the revolutionary utopia. The fracture induces realism, and this is never the dreamed face of emancipation. We are told in the last book of the Invisible Committee that “All the reasons for making a revolution are there. There is none missing. The wreck of politics, the arrogance of the powerful, the reign of the false, the vulgarity of the rich, the cataclysms of industry, rampant misery, naked exploitation, the ecological apocalypse ... do not deprive us of anything, not even being informed of this. ‘Climate: 2016 beats record of heat’ says Le Monde in its main title, now already like almost every year. All the reasons are met, but not the reasons that make revolutions; are the bodies. And the bodies are in front of the screens.” Right.

Says Hal Foster in his seminal book The Return of the Real: “An event is only recorded through another that recodes it; we become what we are only as deferred action (Nachträglichkeit). This is the analogy that I want to emphasize for the modernist studies of this end of the century: historical and neo-vanguard vanguards are similarly constituted as a continuous process of protension and retention, a complex retransmission of anticipated and reconstructed futures-that is, in a deferred action that abandons any simplified scheme of a before and after, cause and effect, origin and repetition.” The same scheme of thought can be used to analyse the revolutionary event in its complex structuring and temporality. An emancipatory event can only be constituted if it recodes traumatically past past events which will obviously mean a learning that will bring you the possibility of introducing the necessary changes to be made. That is to say, still according to Foster, that the emancipatory events are, therefore, less new and more deferred. Suppressed in part, they will return and continue to return, and yet they will return from the future, such is the paradoxical temporality of utopia.

Note: At a certain point in Giorgio Agamben's book The State of Exception, he refers to a determinant question: the point of view that, in this context, is determined by a legal order that requires recognition by another that opposes it. Quoting Italian jurist Santi Romano, he says: "... after having recognized the anti-legal nature of the revolutionary forces, he adds that this only works in this way in relation to the positive law of the State against which it is directed, but this does not it means that, from a very different point of view, from which they define themselves, it is not a movement ordered and regulated by its own right. This also means that it is an order that must be classified in the category of originating legal systems, in the sense that is attributed to this expression. In this sense and within the limits that have been indicated one can therefore speak of a right of revolution." That is to say, still in Agamben's view, that the idea of state legal ordering is the only one, by effectively opposing what is usually called chaos, is first and foremost reductive and fallacious. One thing, however, is correct: all the mental structuring concerning the duality exclusion vs. inclusion simply depends on the point of view. And this is perhaps the most important point to make clear the relationship that is intrinsic and impossible to conceal, first of all, because it is also the source of the essentiality of the politician, that is, the necessary verification of antagonism. It is, therefore, the place where we want to be.