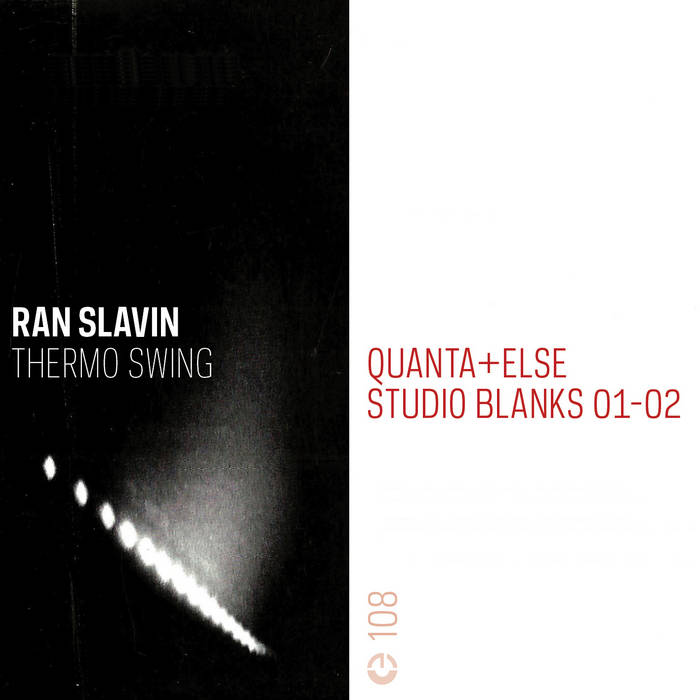 In anticipation of Ran Slavin’s Bittersweet Melodies, his fifth studio album in the label, Crónica is thrilled to present the re-release of his early albums Thermo Swing (1999) and Quanta+Else / Studio Blanks 01-02 (2002), published on his own Esoteric Recordings label and long out of distribution.

These two releases are representative of Slavin’s early production and were instrumental in the definition of his signature and approach to composition. Thermo Swing was recorded in Tel Aviv in early 99 and was one of the first releases to hit the local electronic scene. Tel Aviv was just waking up to the bug 2000 era from a underground Drum and Bass and Freestyle tsunami which can be sensed in these recordings, and indeed Slavin’s second studio album from 2000 SharkMoneySexFastEntertainment was defined by a critical and twistful approach within and about the genre.

The work on Thermo Swing was Slavin’s introduction to visual music editing, working on the album with Pro Tools. The year was 1999, a personal studio rig was possible to obtain and the option to see and edit sound waves on screen presented exciting new adverse possibilities. Until 1996 Slavin was playing in various live stage experimental Post Punk and Post Electronic outfits (3H (Shalosh Hait), Rir, Rare, Lip Stick $ync) as frontman/ writer-vocalist/guitarist. In that sense, Thermo Swing marks a more personal approach to music making, and a unique style that kept growing with the freedom to control a multitude of positions in the studio.

Quanta+Else / Studio Blanks 01-02 appeared in 2002 on Slavin’s own label, Esoteric Recordings, founded when the scene was young and no other labels were around to release his material. Quanta+Else is defined by a minimal, clinical DSP synthesized aesthetics, with warm analogue acoustics and techno reminiscences lurking in the background.

Both these albums were widely played on local and international indie/ underground FM radio/ web stations and tracks were used in dance ensemble repertoires.