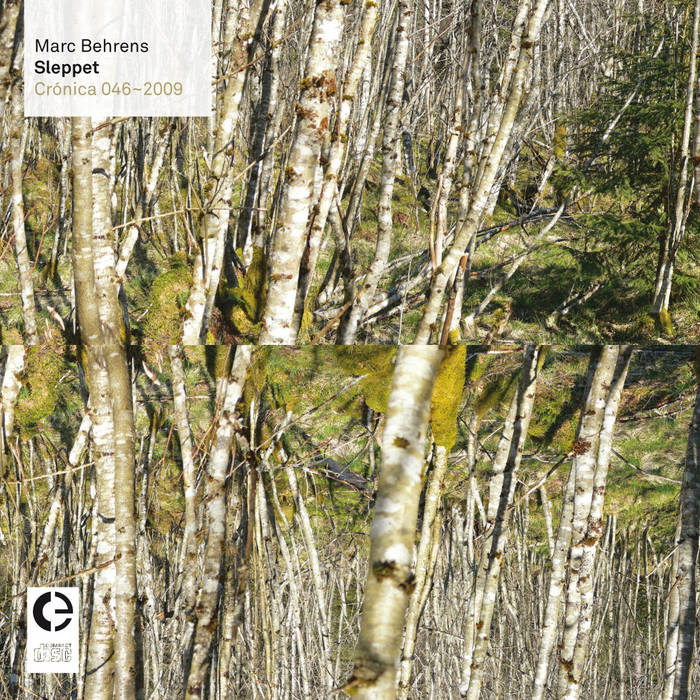 Sleppet originated from a sound art project in 2007, when six renowned artists — Natasha Barrett, Bjarne Kvinnsland, Steve Roden, Chris Watson, Jana Winderen and Marc Behrens — recorded sounds on a 10-day trip through the Norwegian Westlandet region and used the nature experience for a couple of sound installations and music pieces.

Sleppet leads back to Norwegian composer Edvard Grieg, for whom contemplation of nature and its influence on the artistic creation had high significance.

Sleppet deals with the energy and the transformation processes of the early springtime.

In the frame of the composition, realized exclusively with concrete sound material, Behrens created several parentheses: the first part starts with an unaltered field recording of a clamouring flock of seagulls as exposition, from which this part is further developed. The final part ends with an equally unaltered recording of a springlike forest patch with various songbirds, a few kilometers up the hill in the fjord valley — in which seagulls can be discerned in the distance. Bird song can be heard at other points within the piece, as by-products of recording other sounds, as sound windows into spring.

The second parenthesis consists of the sonic intensity of drones used in the first and the last part — in the first part sounding like a string group alongside acute cymbals, in the last part sounding purely electronic, but always displaying a certain sonority. Such nearly tonal quality does not exist in the middle parts of the piece. Instead of that, the third, rather noisy parenthesis depicts movements of tilting, slipping off and falling, as culminations within the internal structure: a rubble avalanche (the loudest one in a sequence in part 2), and a collapsing part of a glacier (which closely missed Behrens when he recorded melt water drops), after or framed by audible melting.

Acoustic utterances of animal impatience, which belong to nordic spring like the melting of snow and ice, bring forward the composition: besides the clamour of seagulls there is the noise of impatient cattle, still chained inside their stable. The atmosphere of a sheep shed in the final part picks up the theme again, but is almost completely warped by noises from a hydroelectric powerplant and a ferry.

Phases of contraction (loud, dense) and expansion (quieter, sometimes permeable) define the structures of parts 4 and 5. The first three parts show a somewhat more consistent sound impression. At many points in parts 1–4, figure/ground and foreground/background relations are fathomed out.

The great movements throughout the course of the 41-minute piece put focus onto the rendering conscious of accumulating and discharging energies.

Composed and produced by Marc Behrens in 2007-2008 in Bergen, Oslo and Frankfurt am Main. Basic material recorded in Gloppen, Bergen, on Utvær island, at Brenndalsbreen glacier and close to Røsskleivvatnet lake, Norway. Photograph taken at Fitje (Gloppen), Norway. Cover design by MC & MB.