Poke It With A Stick / Joining The Bots 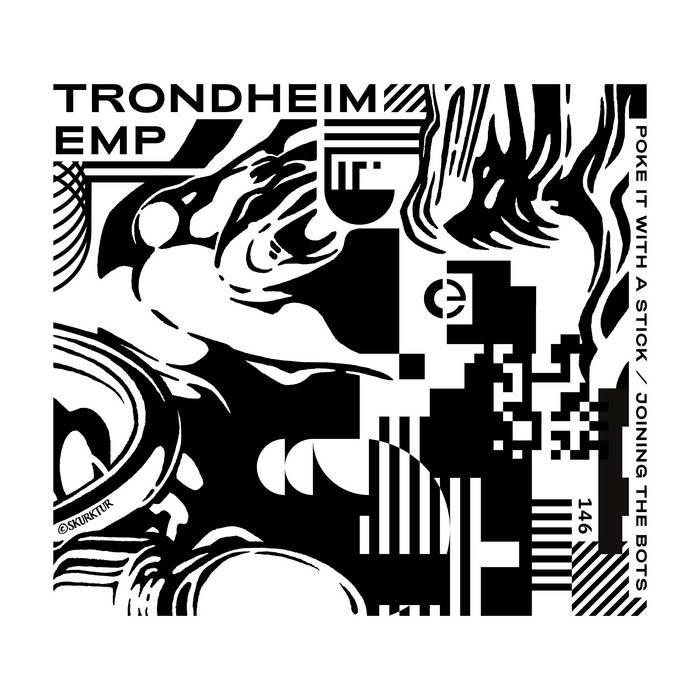 This project explores cross-adaptive processing as a radical intervention in the communication between performing musicians. Digital audio analysis and processing techniques are used to enable features of one sound to inform the processing of another. This allows the actions of one performer to directly influence another performer’s sound, and doing so by means of the acoustic signal produced on the instrument. This may be reciprocated, too: the sound of the second performer may in turn influence the sound processing of the first.

The work is strongly based in practical experimentation, to explore these novel techniques in real musical interaction. For this, we rely on collaboration with a large group of excellent performers, many of whom are presented in the performances here. We are deeply grateful for the relentless energy and creative effort that the performers have contributed in trying to negotiate the pitfalls, swirls, vortices and uphill struggles of cross-adaptivity while at the same time integrating it with their existing deeply rooted practice.

These two albums represent different stages of the process of working with cross-adaptive techniques. “Poke It With a Stick” represents the exploration, stumbling, finding, missing, and trickle of possible ways to tackle these challenges. These tracks were recorded during the main research period from late 2016 to early 2018. “Joining the Bots” represents the assembly, knitting together, gathering of explored solutions, and composing of (still wildly) running streams. These tracks were all recorded in May 2018.

Cross-adaptive processing adds potential for instability – but this often forces us to explore and innovate. The performer has more to take in: anything they produce acts on the sound processing of another performer – and vice versa. We could say that’s four times the attention needed!

But what is intriguing about these two albums is that we see the emergence of a kind of accommodation with all the possibilities. The learning curve can be slow and difficult. But these musicians are rarely tentative or too careful their enthusiastic energy often bursts forth into highly expressive exchanges contrasting with beautifully controlled sustains.

For both performer and listener, causality is decidedly ‘fuzzy’. Often we cannot really be sure exactly what caused a particular result technically. But we can hear the musical process that results. This is what we might call an emergent property – the overall feel takes over and we go with the flow so as “not to intellectually focus on controlling specific dimensions but to allow the adaptive process to naturally follow whatever happens to the music.”*

This has been likened to learning to ride a bicycle – suddenly it ‘just happens’. We know it’s a learnt skill but we no longer have to try so hard. That said we can trip up – indeed as soon as the bicycle is up and running the system is designed to push it into unexpected terrain. A fellow musician might play something that trips us up unintentionally! We can only slowly learn to respond meaningfully – accidents become opportunities. You can hear over the course of these two albums this increasing sophistication of response to this potential instability. There is increasing sureness of touch, breath, shape and exchange. This has also been described as two (or more) musicians playing a single instrument – but not in parallel. This situation is much more interactive! One pianist even remarked: “It felt like there was a 3rd musician present.”*

The sound world is extremely rich throughout. Whether vocal, percussion, wind or string there is plenty of contrast of the sustained and the explosive. Above all a deep resonance permeates the sound – but one that changes over time sometimes abruptly! In the discussions following the cross-adaptive playing sessions, one musician remarked: “It is like giving away some part of what you’ve played, and it must be capable of being transformed out of your own control.”*

Cross-adaptive processing in performance offers new and exciting challenges most especially for improvisation – these two albums are just the beginning.