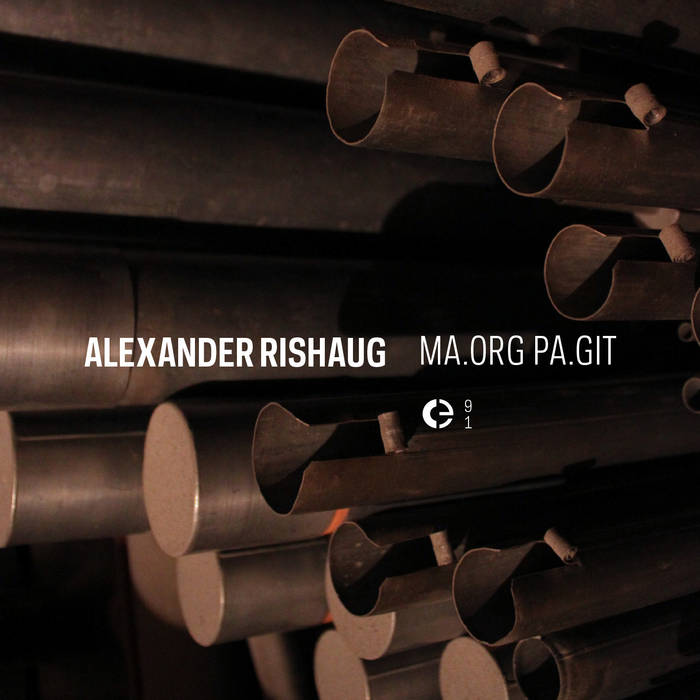 Ma.Org Pa.Git is the fifth solo release from Norwegian sound artist and experimental musician Alexander Rishaug, exploring the space, the acoustics and the mechanics of a church organ, and the hiss, overtones and feedback of an old tube amp and electric guitar. The album consist of two long duration pieces that were recorded in the Norwegian Seamen’s Church in Rotterdam, The Netherlands, in January 2012, and edited, mixed and digitally processed in Brugata and studio oran/zen in Berlin. Even though the material is heavily processed and recomposed, the overall feeling is genuinely spacious and acoustic.

Ma.Org Pa.Git is available as a limited edition of 200 copies, 180g vinyl, and as a digital download.

Rishaug has released music on labels as Asphodel, Smalltown Supersound, Melektronikk, Lucky Kitchen, Jester records and Rune Grammofon. His most recent album Shadow of Events was released by Dekorder.

Recorded in the Norwegian Seamen’s Church in Rotterdam, The Netherlands, January 2012, using church organ, electric guitar and a Vox Limited.