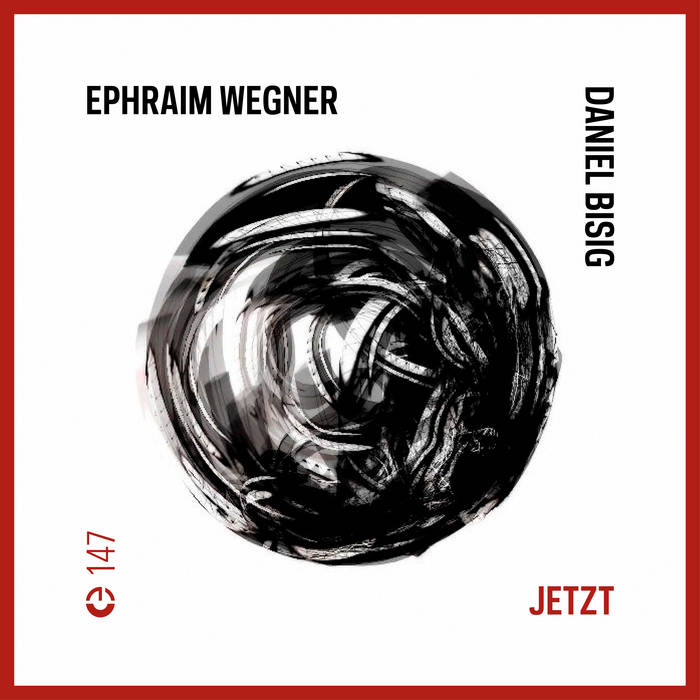 Orlando Laman A great mixed media album of which title track Jetzt is the strongest piece. The music utilises an inventive system to recompose the poem Jetzt into separate bits which are "performed" by an artificial female voice. The resulting music mixes buzzing drones with noise and an intense distorted finale. The second piece features more subdued ambiences in alternate tuning and forms a great calm deep listening experience after the fiery finale of Jetzt. Favorite track: Jetzt.

Jetzt is a chronological deconstruction of Max Bense’s poem with the same title. Meaning “in the now”, it may also be translated as “so far”, “up to now”, “but now”, “hence” and so on. Bense refers to the fact that the spoken word JETZT never reaches the point of what is denominated with “in the now” – the moment you say it out loud, it is already gone. The poem is a play on words as well as an acute insight on the structure of German language. The work uses Markov chains to generate text strings that are smashed into sound particles. They are stretched and shrunk on a time axis and enter into a relationship with each other – “in the now” – performed by a synthetic artificial female voice. Jetzt is published in an audio-only format and as an audiovisual piece.

In [269.17, 278.81, 300,77 | 260.33, 312.68, 377.24, 518.55] different sine waves and noise generators produce frequencies in the 19-division scale. These frequencies are combined and clustered with the help of different random variables and probability distributions to create interferences that place the emphasis on the frequency interval between the tones. The electronic is using a fixed framework to create chords, consisting of two, three or four single notes, with wide variation in structure and density. This piece aims to focus the attention of the listener on the vast density and complex richness present in their combination.

The audiovisual version of Jetzt is a one-take recording performed at the Institute for Computer Music and Sound Technology of the Zurich University of the Arts. The connection between music and visuals progresses through different relationships, with control parameters for sound synthesis occasionally affecting the image generation, and spoken words becoming periodic attractors for the moving graphical elements.