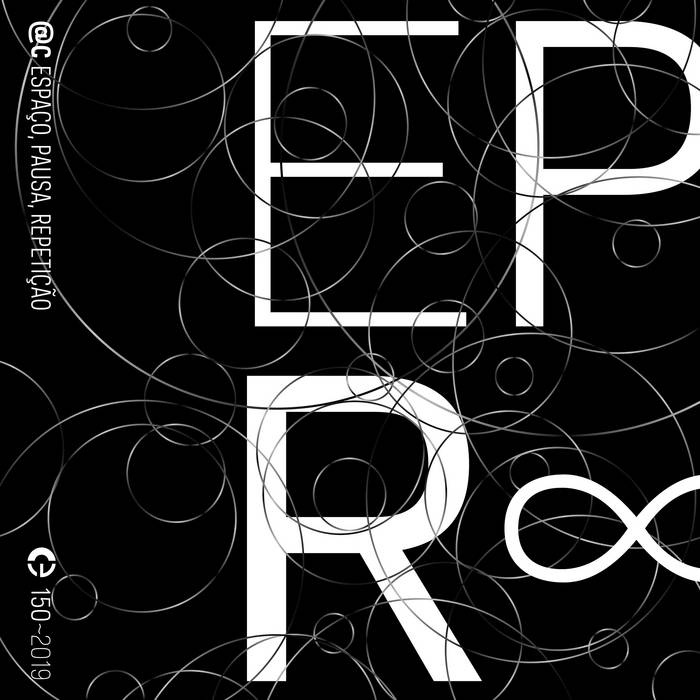 Michael Weil This album will transport you to another dimension

Orlando Laman On this album @c form a hybrid tribute and compositions out of over 300 sound objects contributed by a big group of artists from the Crónica label that spans from the more abstracted Espaço, Pausa on the A-side to the more radio play like Repetição on side B. Immersive richly textured sound collages and soundscapes that conjure up new thoughts and mind images and inspire through subconscious motivation and allow your thoughts to wander through the various curious sounds :) Favorite track: Repetição.

Pedro Tudela and Miguel Carvalhais have been working as @c since 2000, publishing several albums (some of which in Crónica), composing music for audiovisuals and theatre, performing extensively, and creating site-specific sound installations.

Having been invited to develop a new work for the Exhibitions Pavilion of the Faculty of Fine Arts of the University of Porto, to be shown from March to June 2018, around the time of the 15th anniversary of Crónica, they decided to develop a piece that would involve and reflect the label and the artists with whom it works.

"Anotações Sonoras: Espaço, Pausa, Repetição" (Sonic Annotations: Space, Pause, Repetition) was developed from sound objects provided by more than fifty artists and projects. The installation established an area for a multisensory immersive experience that incited a dialogue with the sound objects, the architectural space and its visitors. An infrastructure built from speakers, flooring, light, fragrance, and a hovering frame, set a stage for the creation of a nonlinear, generative and open algorithmic composition for computer and speakers. This area was a pivotal point for listening, but it also steered visitors to move, leaving the ideal listening point and exploring the exhibition space to discover how different perspectives over the sonic matter could be attained through its traversal.

In this site-specific installation Tudela and Carvalhais developed music that was not projected into an environment, that was not about an environment but that rather was the environment. A music that created its own space, to which it then directed the attention of visitors, so that they were led to develop a holistic reading and interpretation of the work. They developed a music of metaphors, by using sound objects and their qualities to create new objects that serendipitously emerged during the running of the installation. Fleeting objects that could be heard by visitors or could be forever lost.

The two pieces in this release were composed using the sound objects and the generative system from the installation. They are not intended as documentation of the installation, but rather aim at being listened to as new compositions created from, and after, the installation. The first piece, "Espaço, Pausa" (Space, Pause), is perhaps closer to the dynamics of the opening configuration of the installation, with clearly recognisable sound objects and a focus on their articulation and relationships. The second piece, "Repetição" (Repetition), is infused with texts in English and Portuguese that were inspired by two other spaces: Pierre Schaeffer’s monumental "Le solfège de l’objet sonore" (Music Theory of the Sound Object), and Pierre Henry’s "House of Sounds", as documented in the photo-book by Geir Egil Bergjord (published by gilka.no). Poetically indexing sound objects, Repetição proposes their semantic reinterpretation, further extending the metaphorical constructs.

"Anotações Sonoras: Espaço, Pausa, Repetição" (Sonic Annotations: Space, Pause, Repetition), an installation by Pedro Tudela and Miguel Carvalhais was commissioned by oMuseu and the Exhibitions Office of the Faculty of Fine Arts of the University of Porto for its Exhibitions Pavilion. March 24th to June 30th, 2018.